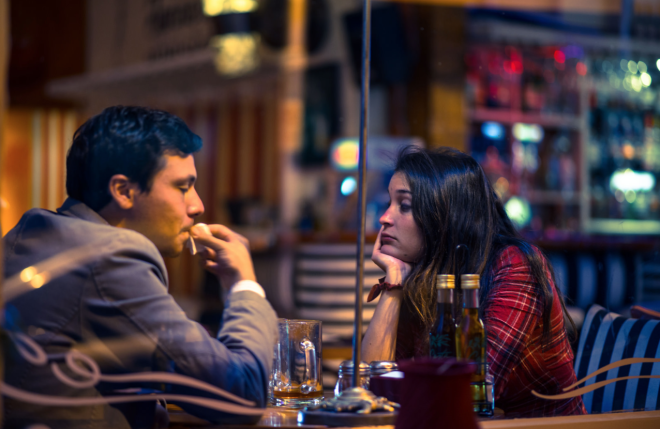 I could go on and on about how much I can’t stand serial daters.  According to Urban Dictionary, a serial dater is “someone who doesn’t know what they want in a relationship. They keep dating all kinds of people from different backgrounds trying to land the person they think they can fit themselves into the lives of who they date.”

The number one problem I have with serial daters is that they consistently mold themselves to the person they are dating. They also are never alone long enough to know who they really are.  A serial dater will date someone for as long as possible and when that ends, they will move on immediately to the next person who gives them attention.

If you’ve read a lot of my posts, you’ll know I’m a huge advocate for being happy alone before you are attempting to be happy with anyone else. If you find yourself jumping from relationship to relationship, you’ll only be hindering yourself in the future.  Maybe eventually you’ll be in a relationship with someone that falls for your serial-dating-tricks.  You’ll fall in love, get married, and live happily ever after because you changed yourself just to avoid being alone.  You both are stuck in a fake relationship that inevitably will unravel when both of you realize someone wasn’t being honest.

Not only is that unfair to you, it’s unfair to the person you’re with.  They will never get to know your true self just as much as you will never know your true self.  If the relationship doesn’t work out, and this person genuinely liked you, they will watch you quickly hop into the next relationship as if they never meant anything at all to you. And that just flat out sucks.

Serial daters are hurting other people as well as themselves.  So try and think before the next time you break up and hop into a new relationship.

6 thoughts on “The Dreaded Serial Dater”