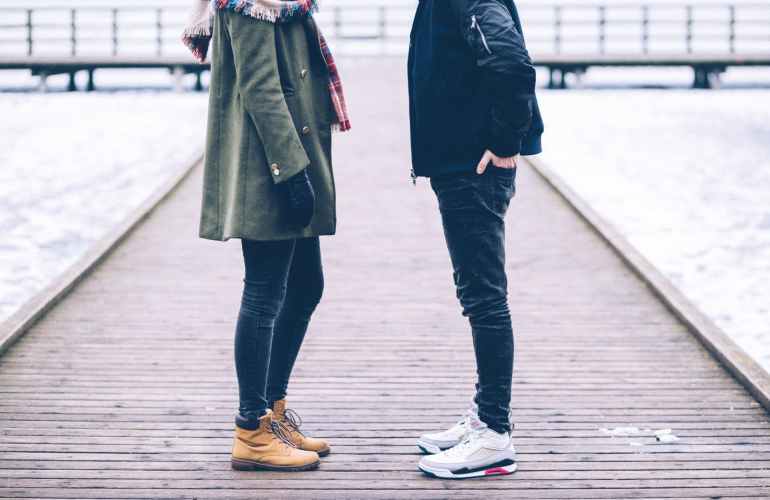 Guys deserve a lot of credit for making the first move.  It’s just what is expected in society, that guys will approach a girl first. They’ll ask for their number and have to make the phone call. They ask her to dance or out on a date. It’s mostly all up to the guy to move something forward.

That takes a lot of guts.  You are pushing all of your insecurities behind a mask to make a good impression on someone.  And if they don’t like you? Was it your hair, did you smell, did you say the wrong thing? You’re putting your whole self esteem on the line.  Girls can be too fragile to do something like that (unless we’re drunk) because we are constantly being shamed by society. I can’t even imagine all the thoughts and emotions that would flood a girl’s head after being rejected when making the first move. I’m sure guys experience a whole lot of emotions and thoughts too, so like I said, I give them credit.

I don’t know if that’s something we should take entirely personally. Sure, someone is making a snap judgement on you but there are so many variables that could be put into place.  The person you’re hitting on could be in a relationship, they could be in a tough place in their life, they could forget you met, they could just not feel the vibes, or you’re not their type.  There are so many reasons not to take rejection personally.  Therefore, I think we should all put our hearts on the line a little more often.

As a girl, I have on many occasions bought someone a drink or told them they were cute to get them to come talk to me. Many of these times were promoted by liquid courage, but it’s something I would like to be able to accomplish sober. Why should it bother me that someone didn’t like me?  I don’t like everyone I meet either.   They say if you never try then you’ll never succeed – so give it a shot and make the first move.

4 thoughts on “Making The First Move”