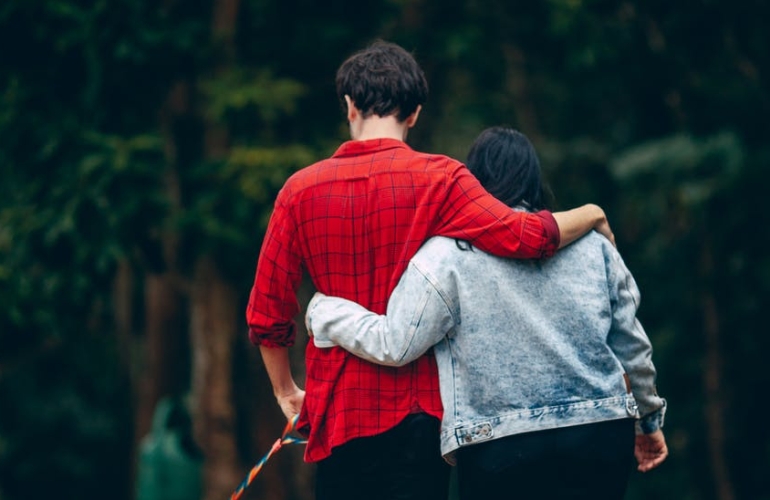 My first serious relationship was 4 years long and when I say serious, I took it very seriously. I pictured marriage and kids. Planned where we’d live, where I’d go to college, and how our lives would be.

At that point in my life, I would frequently say “why bother being in a relationship with someone if you don’t think you’ll get married?” And that was at age 18 ish.

But I can now tell you I was wrong. Because relationships are learning experiences, sometimes it takes 2 seconds to know you don’t like someone and sometimes it takes 2 years. Why should we stop ourselves from diving into love just because we don’t know how serious it will be, how long it will last, or if we’ll get married?

Long term relationships can really apply that pressure especially when you’re in your mid-late twenties where everyone is starting to get engaged and married. It makes you think that the longer the relationship goes on, the harder a break up could be. Just because you’ve been together for someone for three years, does that mean you’ll marry them?

And if you don’t end up marrying them, did you waste your own time or theirs? Is it unfair to be in a relationship if you’re not sure you see marriage down the line?

As always, I preach communication with your partner because it’s honestly something they should know so they can decide for themselves the risks they are taking. Obviously every relationship doesn’t end in marriage, the one I thought that would ended in lots of tiny pieces set on fire. So you can’t base anything off of if you’ll be spending the rest of your life together, you just have to enjoy the time you’re spending together now.

18 thoughts on “The Pressure Of Long Term Relationships”