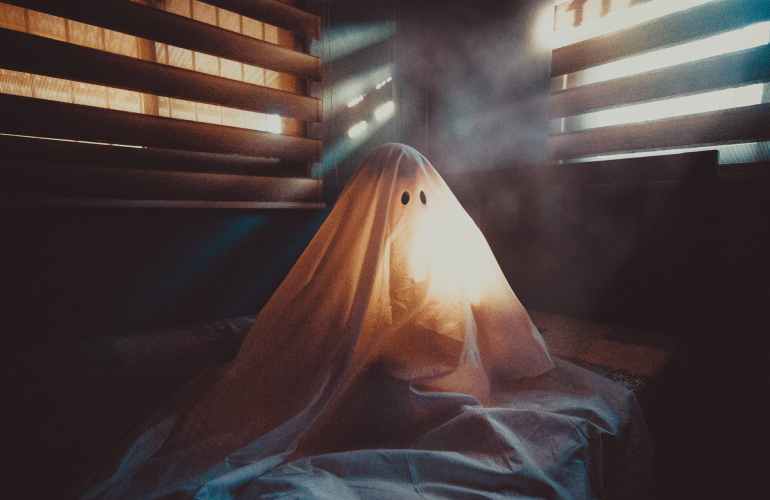 Ghosting (verb): The act of suddenly ceasing all communication with someone the subject is dating, but no longer wishes to date. This is done in hopes that the ghostee will just “get the hint” and leave the subject alone, as opposed to the subject simply telling them he/she is no longer interested.

Let me start out by saying, I have been ghosted before and I have also ghosted slightly.

One way of ghosting someone you went out on a date with or hooked up with is just never contacting them again. Never answering their texts, deleting their friend requests, and basically ignoring their existence. If there seemed to be a serious connection, you had been on more than one date, or if you had sex – do not ghost someone. That just sucks. You can’t just ignore someone you got to know personally. It’s rude and childish.

I’ve been ghosted like that and all I can really do is shrug my shoulders and move on. It’s not really fair to not offer a slight explanation so that the person you’re ghosting doesn’t go crazy over whether you’re ignoring them or just busy. Or why you didn’t like them or why you didn’t even give a slight hint that you weren’t interested

I’ve never ghosted quite like that, but I have ghosted someone in the sense that I was hoping they would just get the hint. I would avoid making plans with them, take a long amount of time to text back (and let’s face it – we are all always on our phones), and would ignore texts here and there. Does it always work? No, not everyone gets the hint. And eventually it gets to the point where I just stop answering all together. Usually after the third or fourth ignored text they get it…but not all the time.

To back that up, I have straight up told people that I’m not interested, I think we’re too different, I think we have different priorities, etc. And they still don’t get the hint. They harass and feel hurt by it, which in turn makes you feel bad just because you didn’t have a connection with someone and you were trying to let them down nicely.

So don’t ghost. But also, if they don’t get the hint it’s not your fault. Sometimes, you have to stop answering. Show your disinterest in furthering the relationship or just explain why you don’t think it’s going to work. It’s up to both sides to be honest with each other and their own self.

56 thoughts on “Rejection: The Ghoster And The Ghosted”